The Frederick Lee Story and the Hill 70 Memorial Project 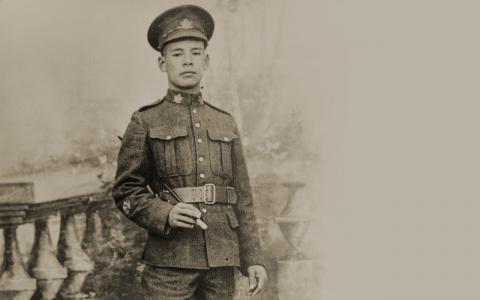 During World War I (WWI), approximately 300 Chinese soldiers enlisted in the Canadian Expeditionary Force despite rampant anti-Chinese discrimination. Anonymous until recently, Frederick “Freddy” Lee was one of those soldiers.

Born into a Chinese Canadian Merchant family in Kamloops, BC, Freddy volunteered for the war, enlisting with the 172nd Battalion and served in a vital role as a machine gunner. Freddy fought in and survived the Battle of Vimy Ridge in April 1916, but was later killed in the Battle of Hill 70 in August 1917 at only 21 years of age. He fought and died as a Canadian. Freddy was among the 11,286 Canadians killed in France with no known graves.

Freddy’s story is one that not only symbolizes the strength and determination of Chinese Canadians’ long struggle to gain acceptance as full Canadian citizens, but also embodies the Canadian spirit of “strength in diversity”, where Canadians of all ethnicities contributed to the history and development of their nation.