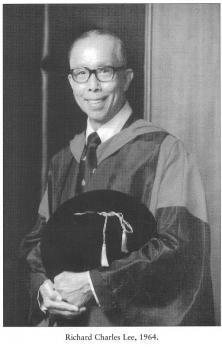 One of the foremost Hong Kong businessmen and philanthropists of his day, Dr. Richard Charles Lee was born into a prominent family in Hong Kong, then a British Colony. He studied at Queen’s College in Hong Kong, before attending the School of Engineering at Pembroke College, Oxford. During his time at Oxford, Dr. Lee became President of the Chinese Students’ Union of Europe. He graduated from Oxford with a B.A. in 1927.